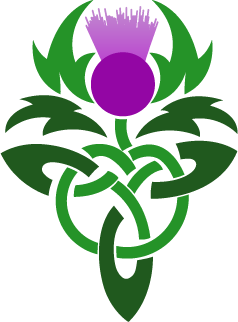 To share your memory on the wall of John Francis Hart, sign in using one of the following options:

Provide comfort for the family by sending flowers or planting a tree in memory of John Francis Hart.

Provide comfort for the family of John Francis Hart with a meaningful gesture of sympathy.

To send flowers to the family or plant a tree in memory of John Francis Phillip Patrick Hart, please visit our Heartfelt Sympathies Store.
Read Less

Receive notifications about information and event scheduling for John Francis We encourage you to share any memorable photos or stories about John Francis. All tributes placed on and purchased through this memorial website will remain on in perpetuity for generations.

So saddened to only recently hear of John's passing. I knew John from his year's in the RCR Band. John was a good guy, well liked by all. He was a guy who always had a smile for you when you needed it the most. My condolences to Cheryl and the family. Bernie Byers
Comment | Share Posted May 14, 2020 at 05:36pm via Condolence
BB

I first met John and Cheryl when they registered Andrew and Margaret at the school I worked at. Russell first met Cheryl and John (separately) when a blue spruce uprooted in our yard in Shanly.
-I remember a "music workshop" at NEPS.
-We both remember John and Cheryl arranging for the Central Band to come to the elementary school in Spencerville
-bringing the kids to the farm at Hallowe'en
-at the KOA campground in Pittston
-the patience of John as he sat through choir rehearsals waiting to rehearse the cello accompaniment he was providing for some of our choir pieces
-being a great host at their house.
May your memories bring you peace.
Love Brenda and Russell
-
Comment | Share Posted May 06, 2020 at 08:08am via Condolence

I have struggled writing a sentiment for awhile because we have so many memories of John. John...coming to the "Coffee the Sunroom" and even though he was a diabetic, he enjoyed each and every kind of goodie, with no coffee!. One morning, after going to breakfast with "the boys", John and George stopped in at the EC Office with donuts for Cheryl and me, and then tossed them around until the bags broke and the donuts rolled across the room! John, assisting me into the house after I broke my leg and almost breaking my arm in the process, not to mention almost falling himself. John was a great storyteller, regaling us with his hilarious stories of his life experiences while in the Military, the Campground, and the idiots on the road while he was driving. John, you were always available to lend a hand with anything, no matter what. You were a wonderful friend and we miss you every day.
Cheryl, I hope we can be there for you the way John was for us. George and Peggie
Comment | Share Posted May 04, 2020 at 08:43am via Condolence
GA

Georgina Angel, I have avoided doing this as it means John is really gone, he was a kind, funny and thoughtful guy and we will miss him dearly. When John and Cheryl moved to our neck of the woods, we would play cards nearly every weekend. What a lot of people don't know is that John was a very ernest card player, he took the game seriously, and was always anxious to know why others played the cards they played, some times even an hour after we had played the game. I can still see those lovely brown eyes looking at me lovingly as I would sing an aria when Cheryl and I won, which was a lot, and neither Joe nor John can dispute that now. When he drove for Schneiders John would actually stop near Racine Wisconsin and pick up my favourite thing, Kringle. I would come home from work and there would be a note to look in my freezer because he had bought me a treat. You were a good man John and I miss you.
Comment | Share Posted May 01, 2020 at 12:34pm via Condolence

I met John about 2 years ago after Cheryl and I worked together for the elections. It took a while to get to know him because he seemed so quiet! Now I know why he was quiet....right Cheryl! Lol Listening to the 2 of them talking to each other I felt sorry for him at first because Cheryl would come out with some comments to him that I thought were quite mean. After I caught on to the sarcasm between them it was so much fun to listen to them and of course I had to join in sometimes taking John's side! He started coming to the gym with us and joined us afterward at timmies! I considered him a good friend and I will miss him! Hang in there Cheryl, I will do what I can to keep the sarcasm going!
Comment | Share Posted Apr 26, 2020 at 09:09am via Condolence